As one of the core businesses of CSD, it had produced abundant achievements for about half a century since its establishment. We possess a wide range of technologies that cover all kind of power systems, and highly specialized in Power System Analysis from power plants to backbone systems, substations, and smart-meters. With a wide base and high level that is unmatched by other companies, we support the stable supply of electric power in Japan together with major electronics manufacturers 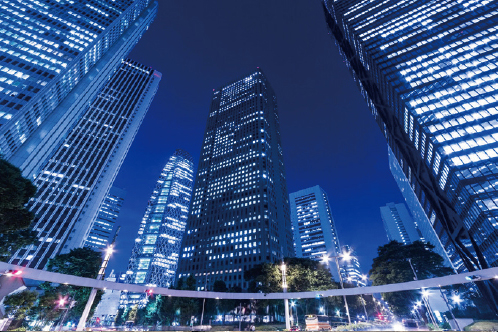 This system analyses the oscillations at the time of the accidents, our Power Stabilization Systems obtain the load-flows (trend), voltage, etc. of each power system nationwide by mathematical calculations (AC power flow calculation, the other L method / Y method).

This system has the ability to manage at the highest-level commands for the entire grid of each electric power company. It can manage surplus power and generating power capacity. This includes Power System Simulator and various operational supporting functions.

This system is responsible for the detailed monitoring and control of lower systems (distribution systems) for each power company.

A system with the function of simulating the same states and events as an actual power system in order to train the operator. Our broad experience allows us to build this kind of simulators, which require extensive knowledge about power system operations.

A system with the ability to manage the amount of power generated by hydroelectric/ pumped storage power plants by monitoring and calculating rainfall, dam water level, overflow (water estimation), and other variables.